Miki Biasion will drive it during the Costa Smeralda Rally

The new livery is inspired by the iconic 037, World Rally Champion car in 1983. 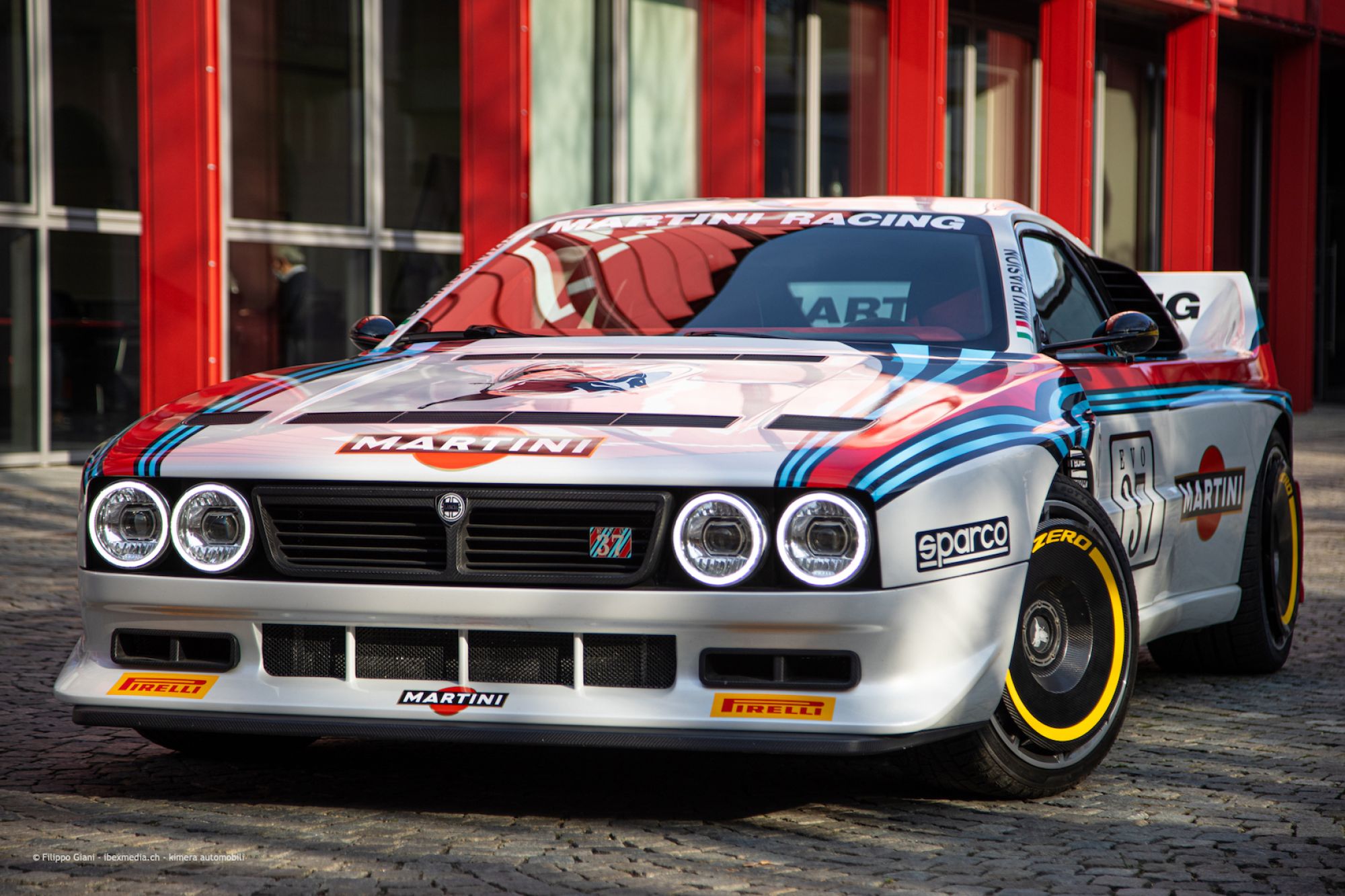 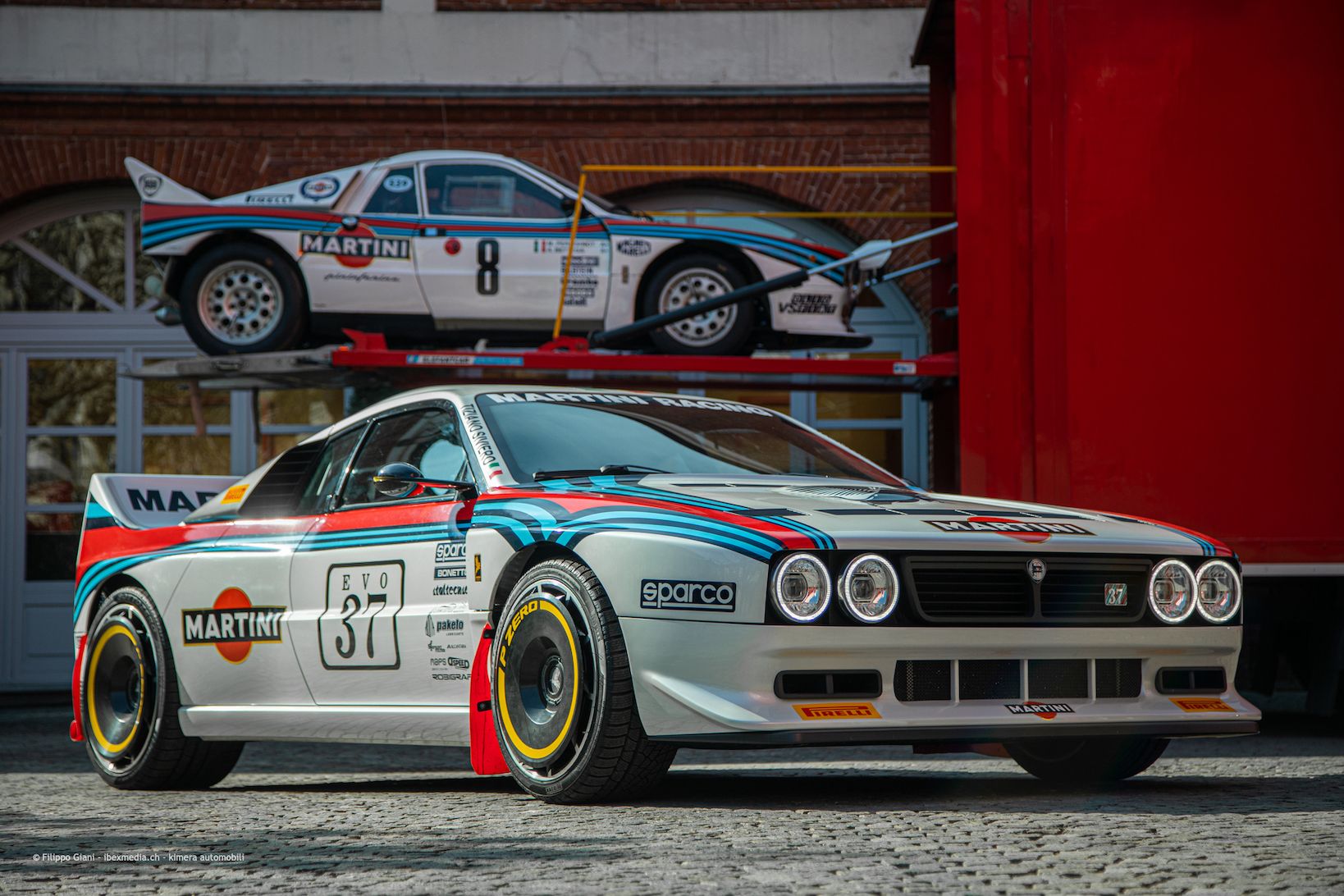 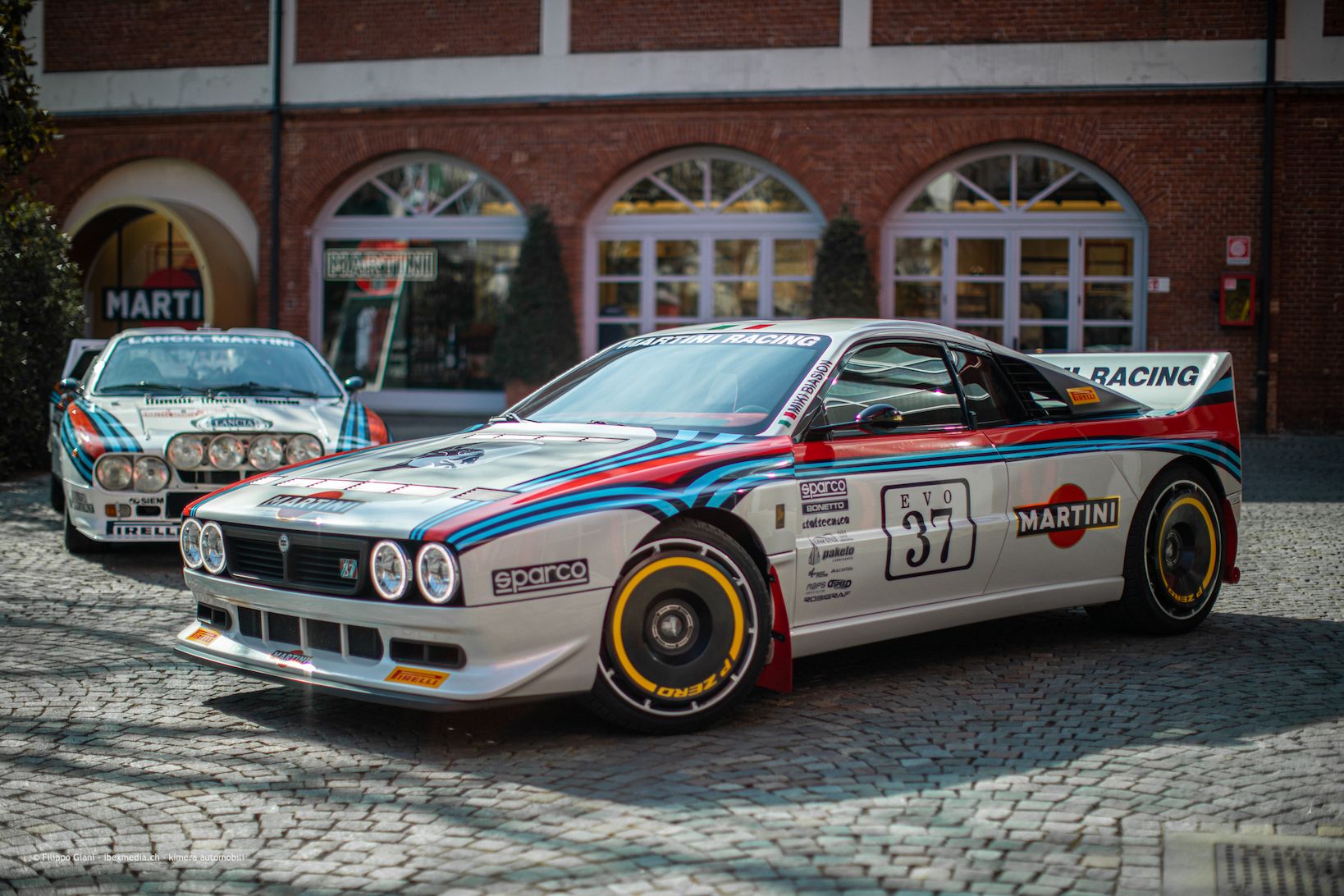 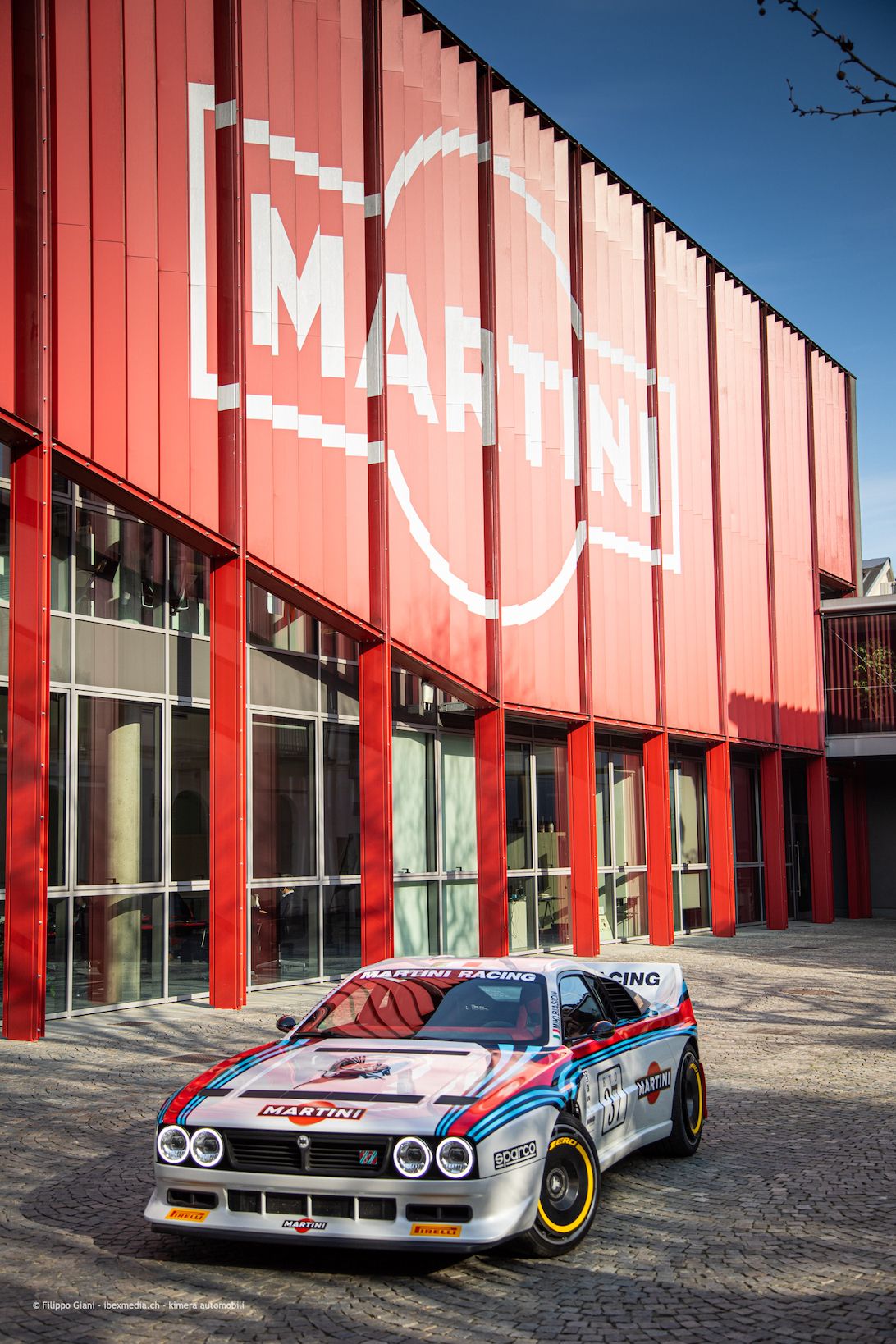 Cuneo, 2022 March 25th – A strong emotion for old rally fans that caresses sweet memories of a fascinating and glorious past. Kimera Automobili is pleased to present her own creation, the EVO37, in its most legendary livery, the one that has excited the hearts of generations of enthusiasts.

Proud of the partnership with Martini & Rossi, Sparco and Pirelli, Kimera Automobili will bring back the two-time World Champion Miki Biasion to the Costa Smeralda International Historical Rally, scheduled for April 8th and 9th. He will lead the way on the same roads where he won, precisely with the 037. Then, the rear-wheel drive Group B (which inspired the EVO37) won the Constructors' title in the 1983 World Rally Championship, by defeating four-wheel drive rivals and writing one of the most beautiful and epic pages in racing motorsport history.

The car was unveiled and presented at Casa Martini, in the historic Pessione plant, during the press conference for the presentation of the Sardinian race organized by Giulio Pes, president of the Sassari Automobile Club.

In addition to the style and colors typical of Martini Racing, the new graphics of this EVO37 also include the Sparco and Pirelli brands, Kimera Automobili's partners for the EVO37 project. The presence of Kimera EVO37 at the Costa Smeralda Rally is precisely part of the celebratory activities for the 150th anniversary of the Pirelli foundation, in the wake of what was already done last January in Monte Carlo with the involvement of Mario Isola and Petter Solberg.

This time, the rally legend Miki Biasion will be driving the car: the two-time World Rally Champion (1988-1989) knows the EVO37 very well, since he carried out the tests from the beginning together with Luca Betti, transferring all the expertise accumulated over the path of his exceptional career.
However, this occasion has a special flavor, because for the first time Kimera Automobili and Miki Biasion come together to express a tribute to Martini Racing's glorious successes in rallies.
The car that Miki Biasion will drive is the EVO37 prototype, used by Kimera Automobili during the events, for technical development and fine-tuning activities aimed at calibrating the setting on the cars for customers.

The first EVO37 to the end customer, chassis number 001/037, has been already delivered to the first Dutch buyer last month. The second one will be delivered at the end of April to a Spanish collector, with the aim of delivering another eight cars by the end of the year. A limited series production of only 37 units is planned for the EVO37 project: of these, 27 have already been sold and requests come from all over the world, including the United States, Japan, South America and the Middle East.

Starting from the beginning of this year, the price of the Kimera EVO37 for the units still to be assigned has been set at 540,000 Euros, with the inclusion of some previously optional equipment, such as motorsport ABS, digital rear cameras, carbon pack and other valuable details.

Kimera EVO37 has its origins from the past, to give rebirth to a world motorsport icon, bringing it to the highest level of performances development likewise that car has been conceived nowadays, by modern knowledge and technologies. The result of this chrono-cultural fusion is an authentic street-legal "fuoriserie" with more than 500 HP, inspired by a glorious Italian racing car, realized with a contemporary design and a cutting edge making process. With excellent methodologies typical of the automotive industry and the best modern technology.

Inspired by the restomod philosophy, the EVO37 takes this concept to the extreme by combining style, flavor and charm of one of the most legendary racing "queens" of the 80s, with the characteristics of a modern car in terms of technology, quality and performance. A tribute to those legendary cars of the 80s, heroic protagonists of the World Rally Championships, including the last Group B 2-wheel drive to win the world title by defeating the all-wheel drive rivals. An icon who became a cult model for “petrolhead” and car enthusiasts.

Kimera Automobili EVO37 represents the ideal meeting point between rally cars and the road car, where tradition, re-enactment and celebration of the past meet the technological vanguard and a modern and contemporary design. Conceived with taste and passion, it is realized thanks to inspiration and ability typically "Made in Italy".

This is the reason why Kimera Automobili co-operates with some of the finest specialists and suppliers, working as a single multi-specialized team: Bonetto CV, Italtecnica, LAM Stile, Bellasi, CiElle Tronics, Medici Maps e Speed Engineering.  Kimera Automobili is also proud to have at its side the best partners in automotive industry: Pirelli, Sparco, Alcantara, Goodwool, Pakelo, Andreani - Öhlins, Brembo and Sprint Filter.