The first American car, named "Edda", will be delivered next week
and will partecipate in the legedary "Monterey Car Week" 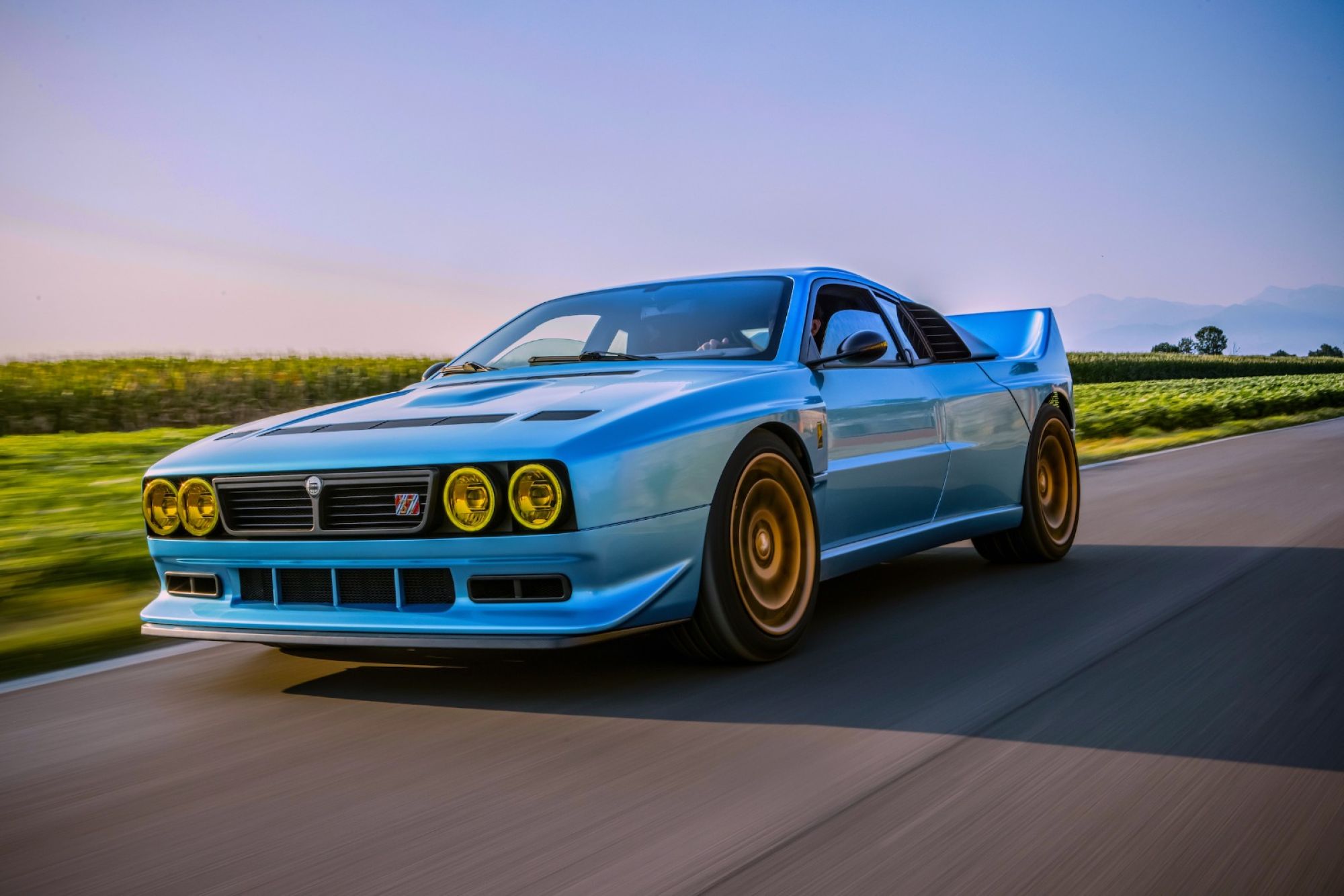 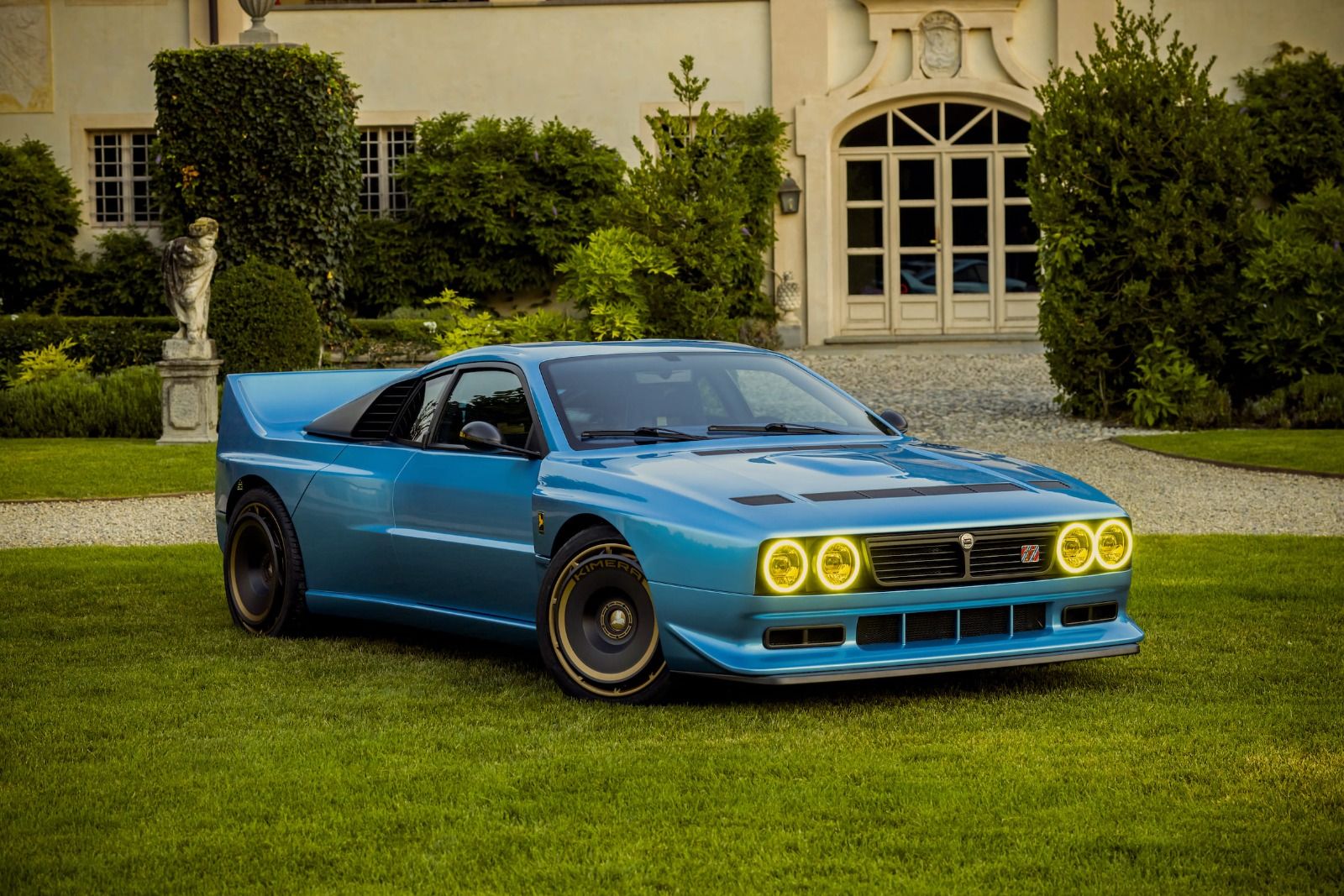 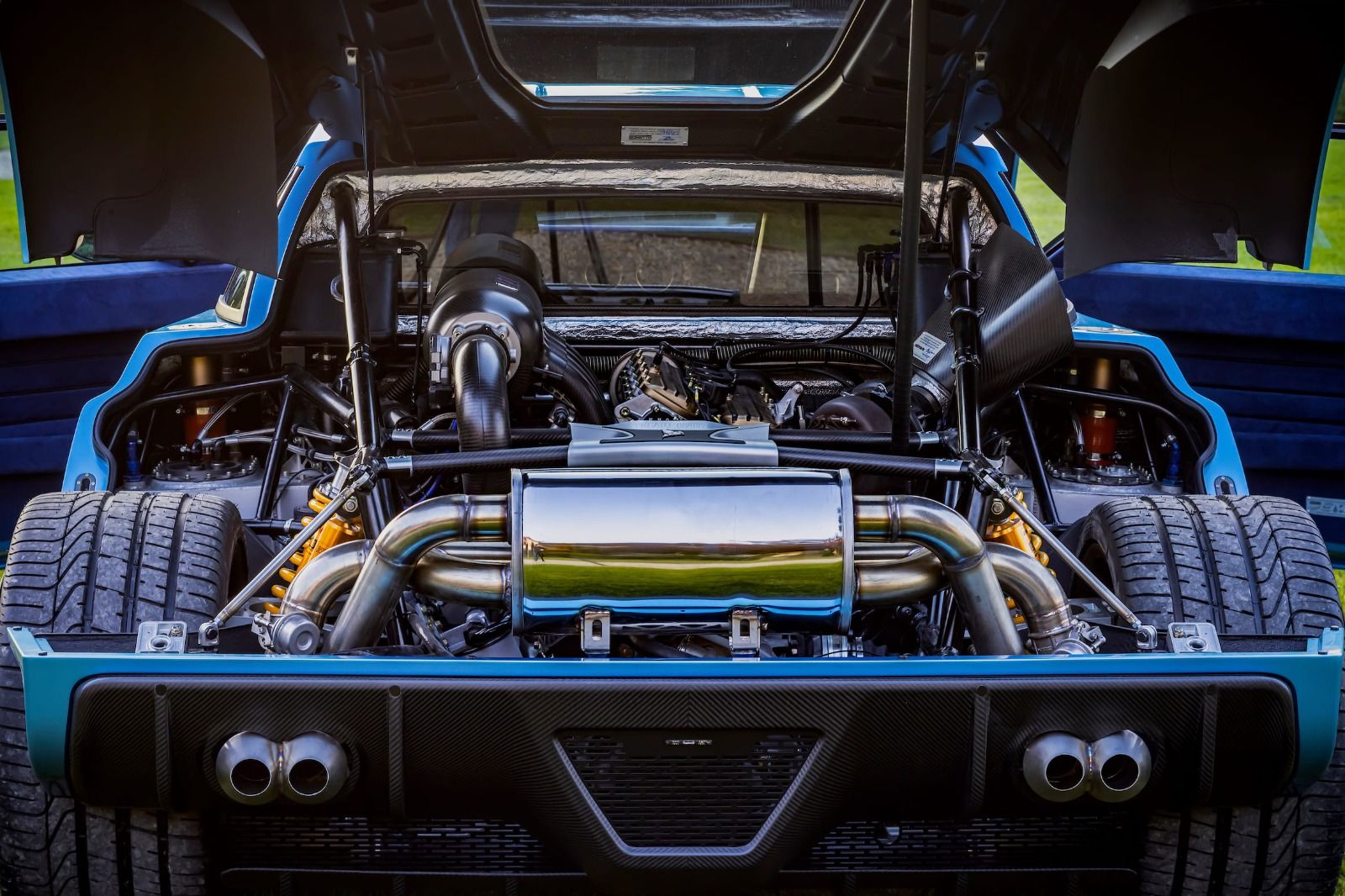 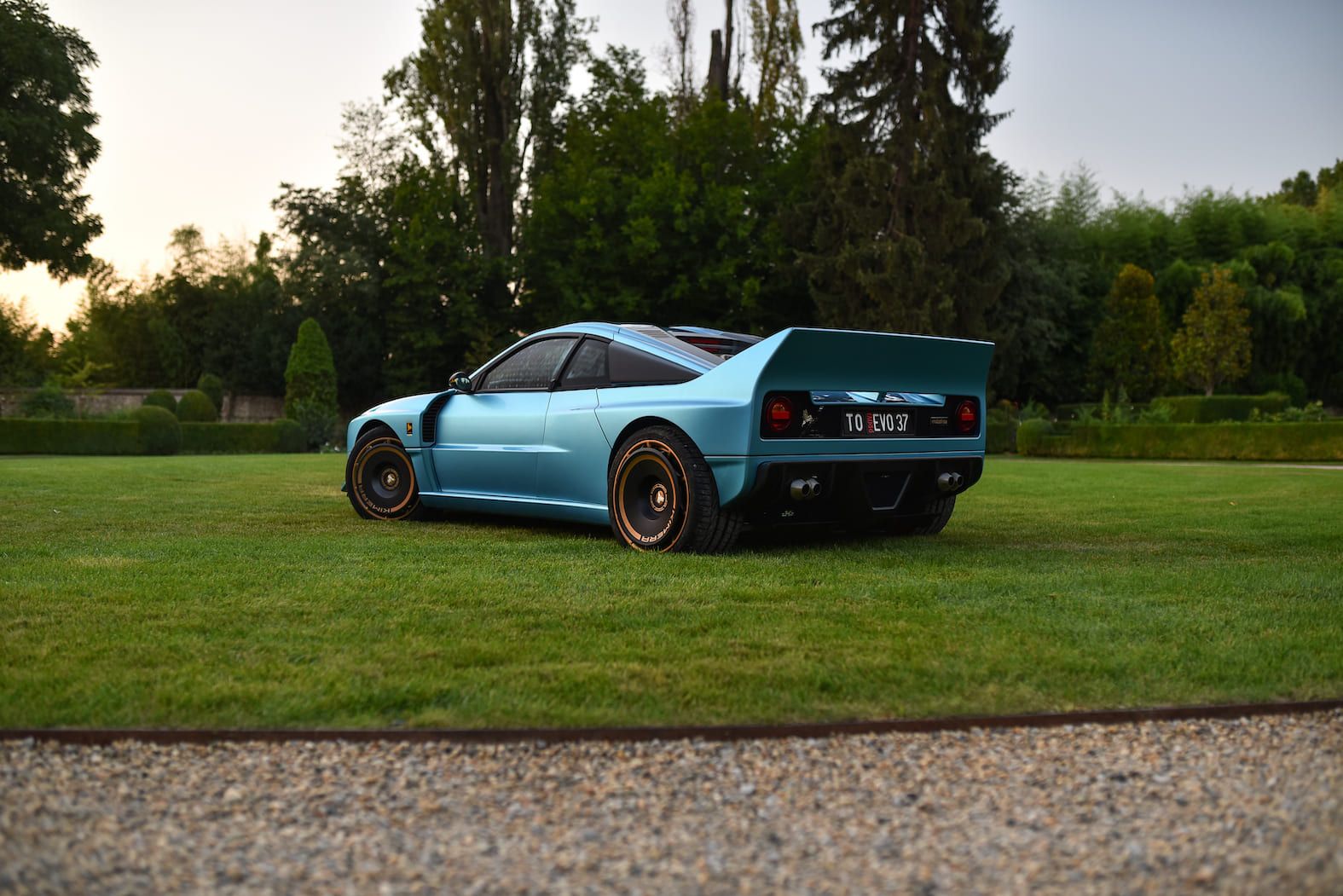 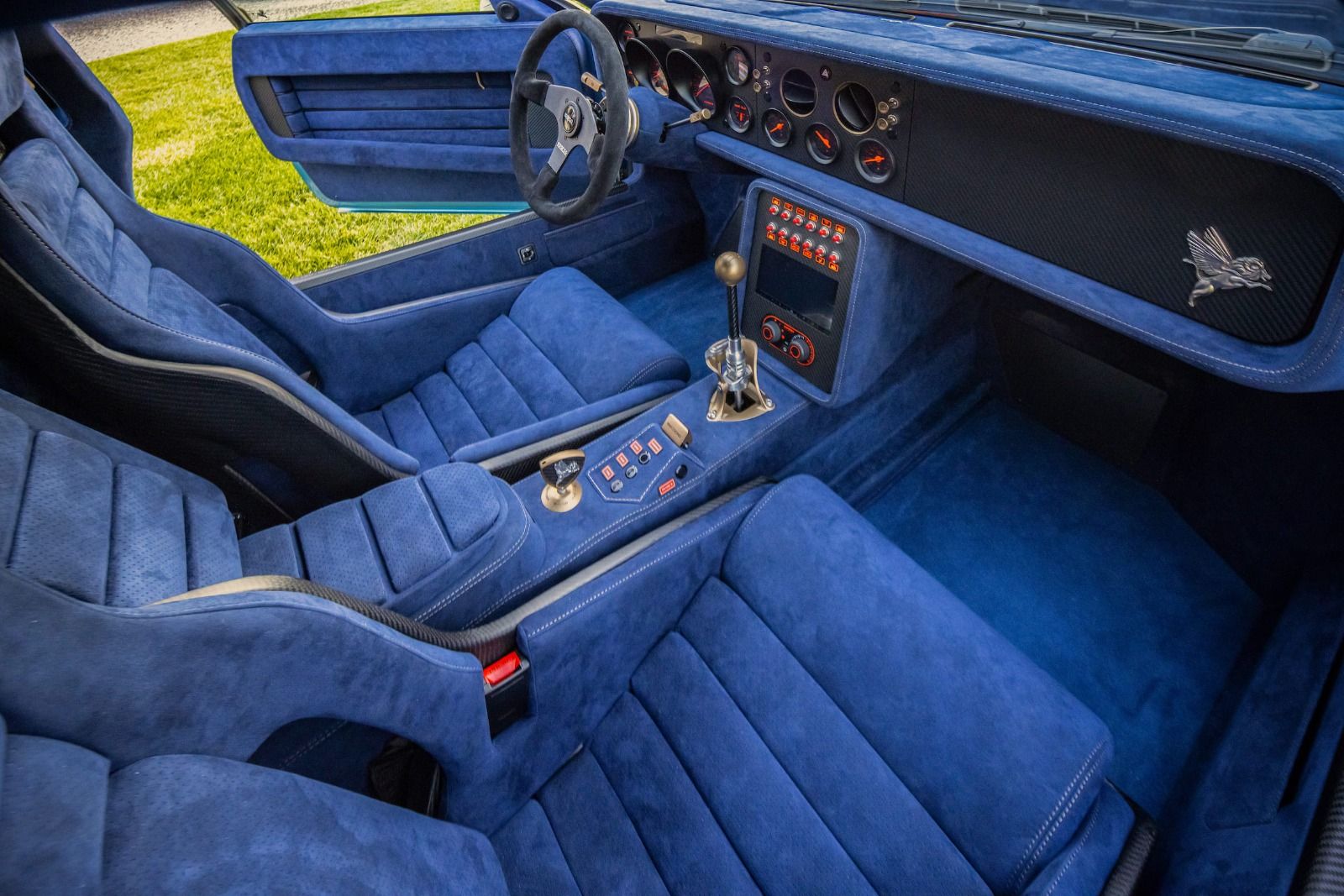 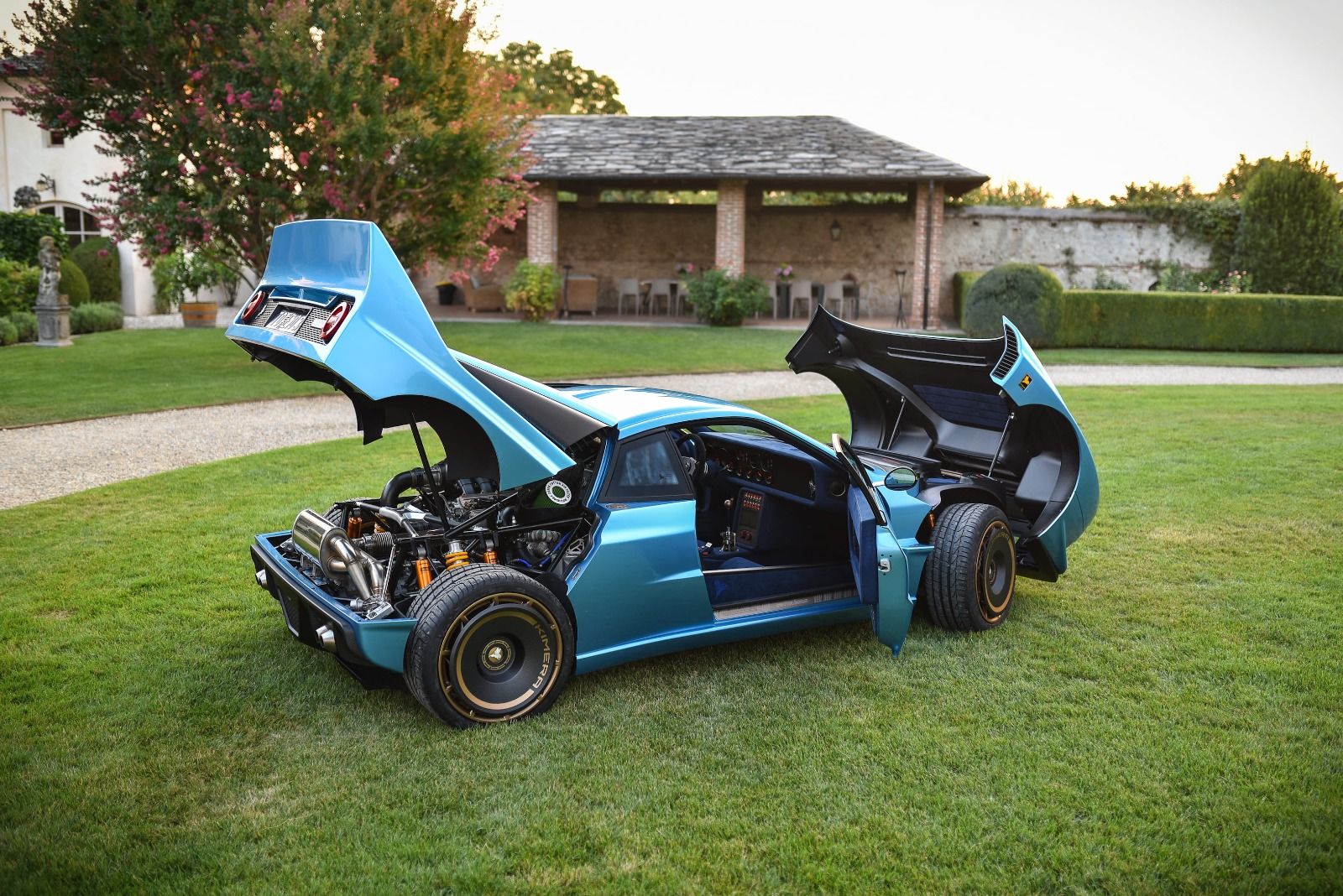 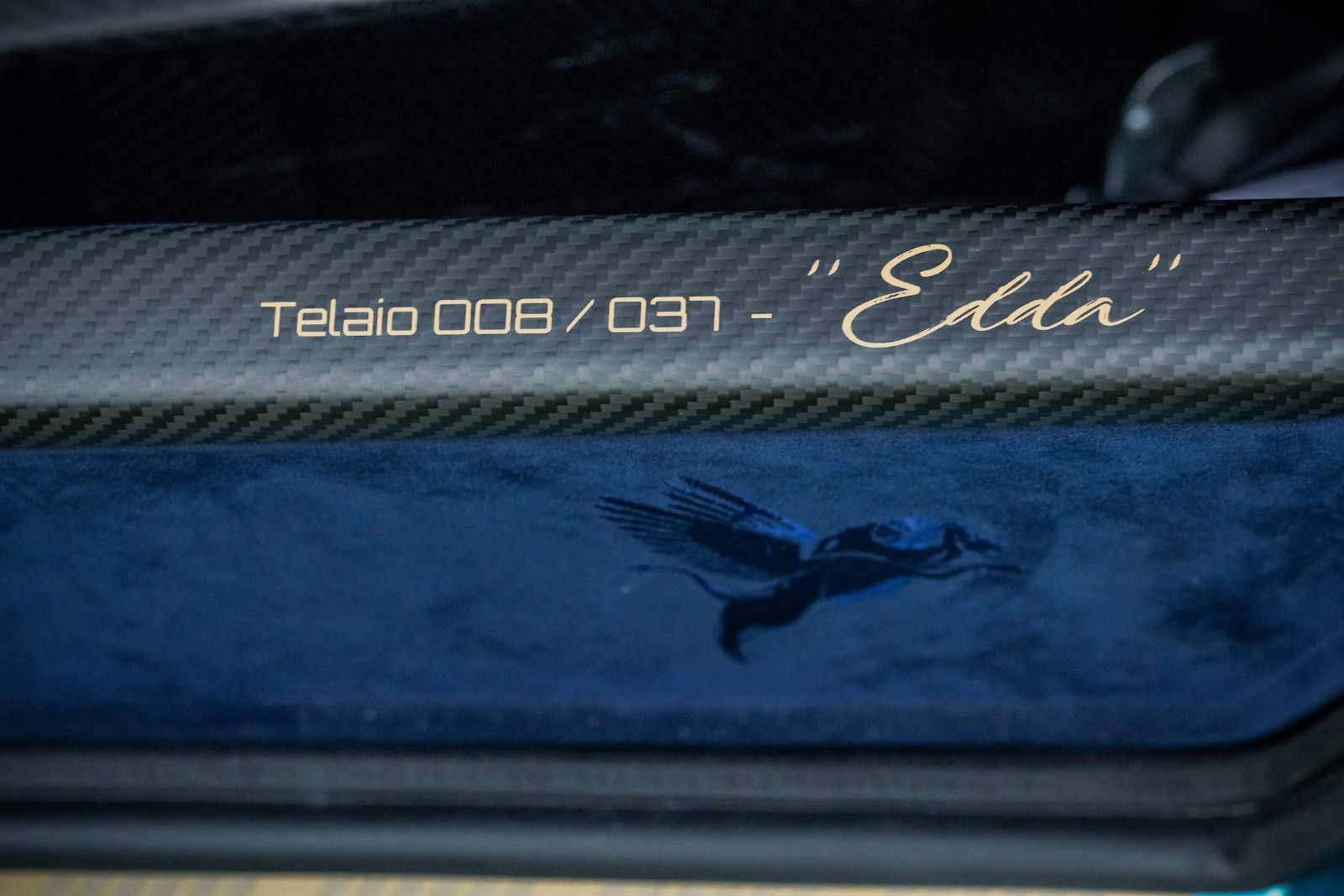 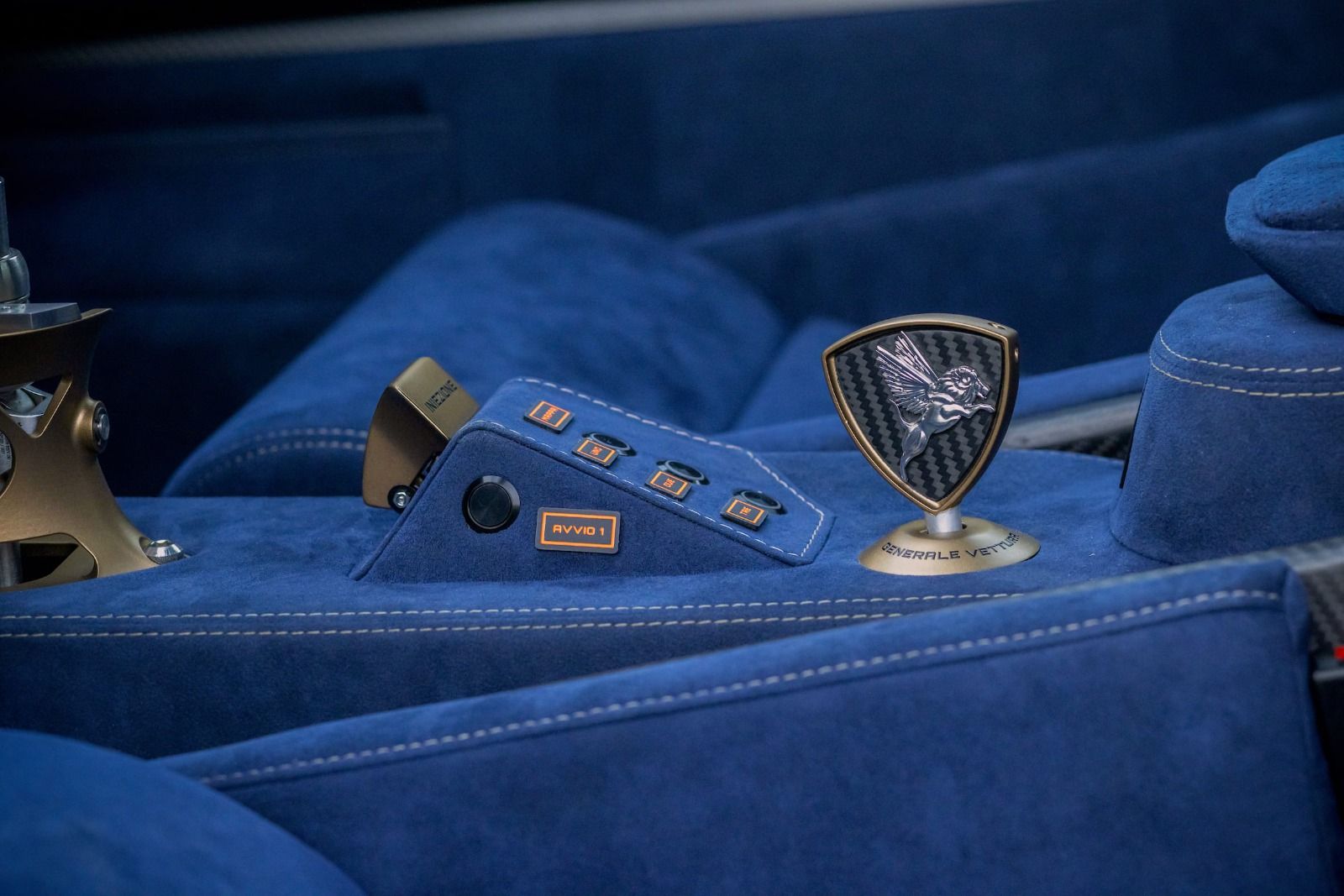 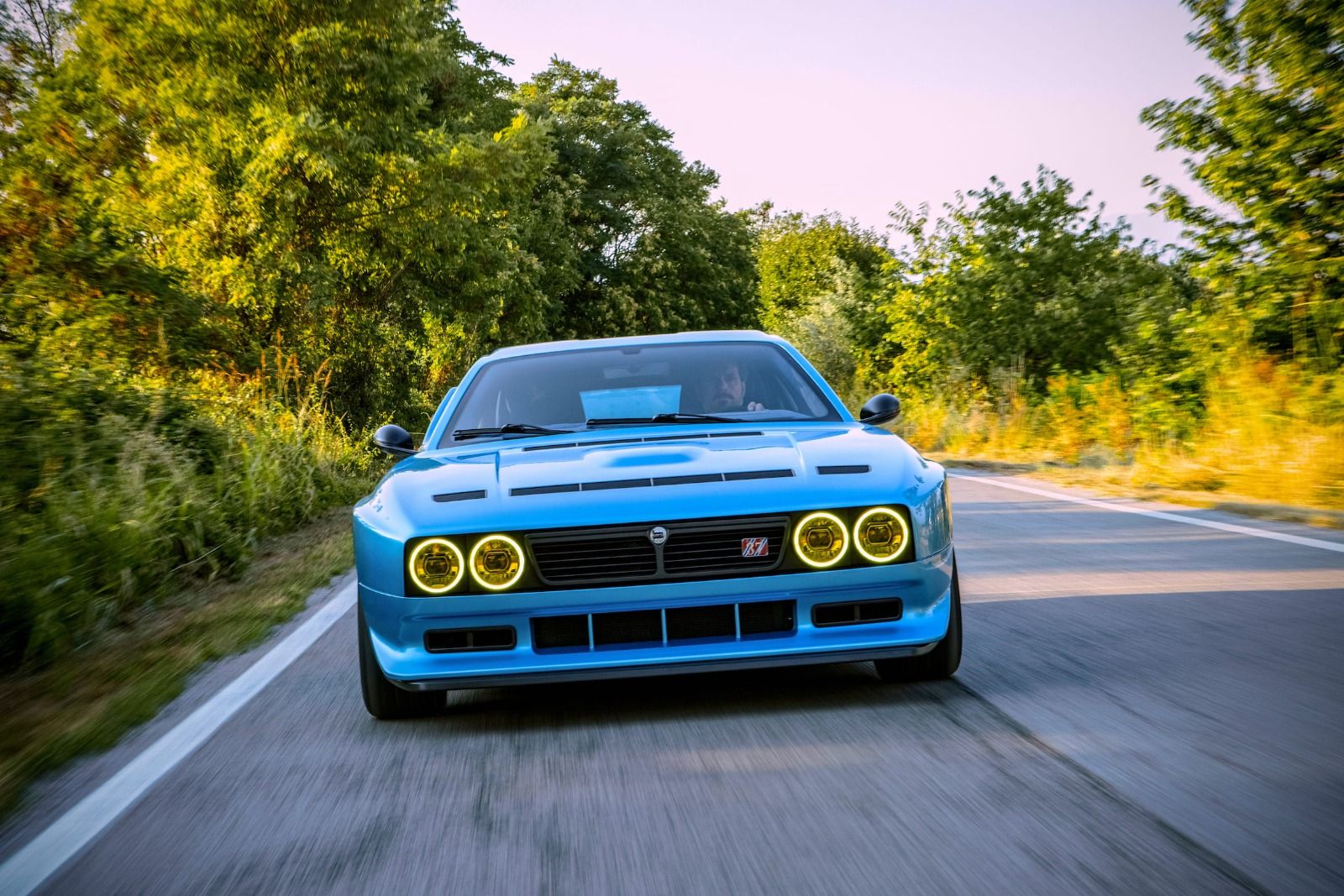 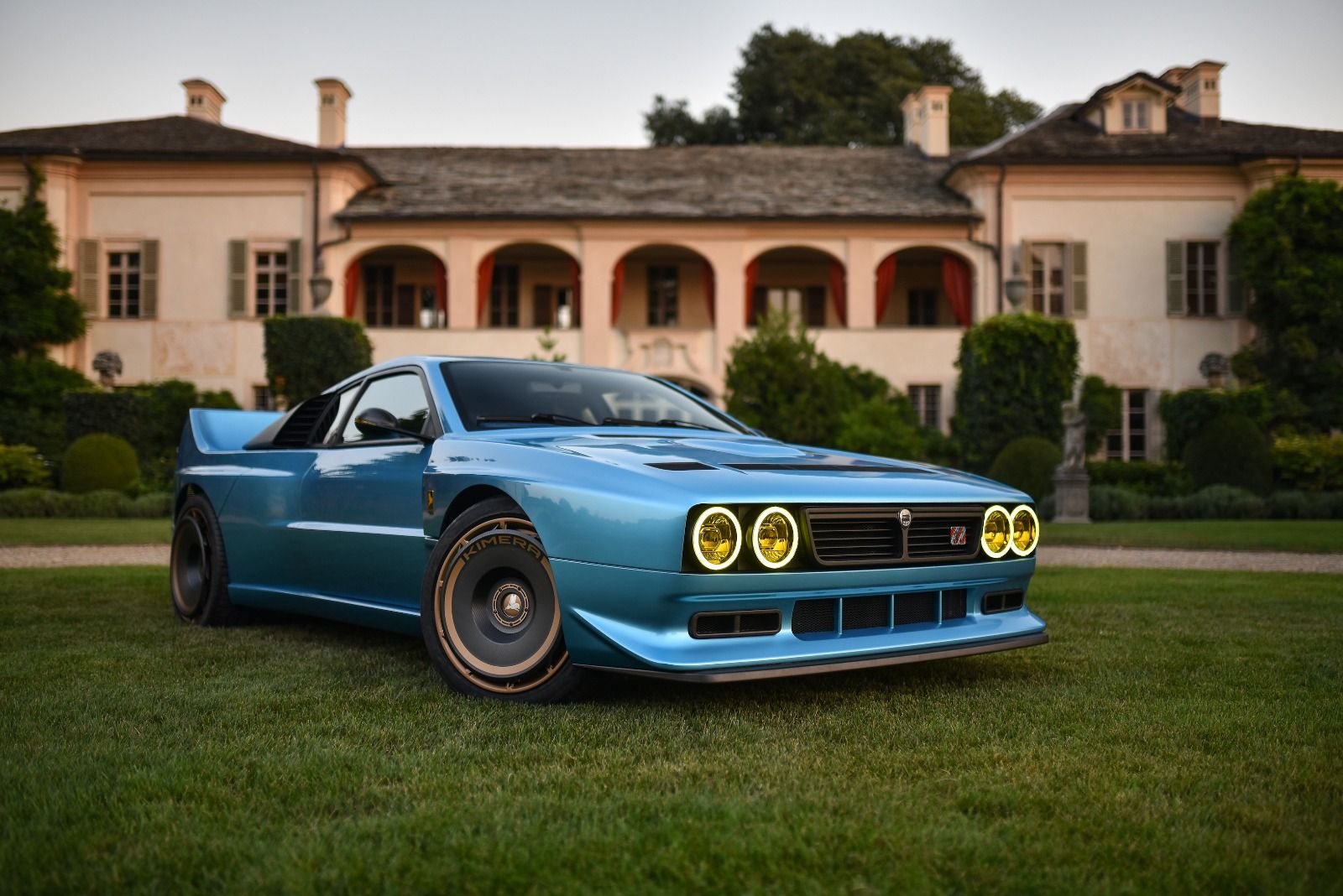 Cuneo, 10 August 2022 - Kimera Automobili is proud to announce its "landing" in America through the delivery of the first EVO37 to the first Californian customer.
The car is called "Edda" (so called by its lucky owner, as is now the tradition for each of the EVO37) and will not remain alone for long in the "new continent". In fact, the US market has already grabbed several cars and other negotiations are underway that could be concluded in the coming days, bringing Kimera to the sold-out of its successful limited series of 37 unique pieces.

Kimera Automobili with its first "American" model will participate in the legendary "Monterey Car Week", dedicated entirely to the automotive world of yesterday and today.

The week's program includes numerous fascinating events, including "The Quail, a Motorsport Gathering" where the EVO37 in blue/gold/carbon version will be exhibited on Friday 19 August at the stand of O'Gara Coach, one of the most important dealers of sports and luxury cars in California.
The calendar of events also includes other interesting moments on the Laguna Seca circuit, and then ends with the famous "Pebble Beach Concours d'Elegance", scheduled for Sunday 21 August.

The well-known collector and driver, who bought the first "American" Kimera EVO37 and who operates as an entrepreneur in the automotive sector, chose the name "Edda" for his passion for the compositions of Ennio Morricone, often interpreted by the soprano Edda Dell'Orso.  The car is light blue, a tribute to the color that has seen so many American racing cars whizz around the world, but also a tribute to the blue Ocean that bathes California.

After the event in the United States, the activity of Kimera Automobili will immediately return to take place in the "old continent", because at the end of August in St. Moritz will be delivered the car purchased by a Swiss collector, this time baptized Victoria and with the body in the unprecedented satin red shade.

Kimera Automobili is therefore very close to sold-out, because there are already more than 30 of the 37 limited series cars planned, the cars ordered by collectors from all over the world, including the United States and Japan.
Despite the historical moment certainly not easy for the supply of components and for the automotive industry in general, the production of EVO37 and the deliveries of vehicles are continuing as planned.

Kimera EVO37 draws its origins from the past, to revive an icon of world motoring, bringing it to the maximum possible performance development, as if the car of the time had been conceived today, with the knowledge and technologies of our days. The result of this chrono-cultural fusion is an authentic road "custom" with over 500 hp and 550 Nm of torque with a 2-liter four-cylinder in-line engine with double turbocharging/volumetric compressor, made with excellent methodologies typical of the automotive industry and the best that is offered by modern technology in the engine field: 3D scanning, reverse engineering,  CAD, CAE, rapid prototyping, CNC milling, sintering, electronics and the ultimate technological solutions available.
Kimera EVO37 is the Authentic Evolution of the original model. For this reason, Kimera Automobili has involved in the EVO37 project, in a single team, the best Turin specialists and suppliers in the automotive sector: Bonetto CV, Italtecnica, LAM Stile, Bellasi, Gma Group, EGS Lobart, JM, AM, CiElle Tronics, Medici, and Speed Engineering. To which are added the names of other Italian (and non-Italian) excellences, such as Pirelli, Sparco, Alcantara Goodwool, Pakelo, Andreani - Öhlins, Brembo and Sprint Filter.

Kimera EVO37 is a car that, inspired by the philosophy of Restomod, takes this concept to the extreme by combining the style, flavor and charm of one of the most legendary racing "queens" of the 80s, with the characteristics of a modern car in terms of technology, quality and performance.
A tribute that wants to pay tribute to those legendary cars of the 80s protagonists of the World Rally Championships, including the last Group B with 2 Wheel Drive to win the world title, beating all-wheel drive rivals. A legendary car that has made school and that has become a cult model for motoring enthusiasts.

Kimera EVO37 represents the ideal meeting point between the rally car and the road car, where tradition, re-enactment and celebration of the past meet the technological avant-garde and a modern and contemporary design. Conceived with taste and passion, it is made thanks to inspiration and ability typically "Made in Italy". It was designed and commissioned by Luca Betti, CEO and rally driver with a prestigious international palmares. Betti personally took care of the development of the car, together with the World Champion Miki Biasion, who has been collaborating since the birth of the project.